What have I become?
My sweetest friend
Everyone I know goes away
In the end

Longing for something real

Has there ever been a time in your life where you had no clue about your next step, and every option seemed impossible – so much so, that if you didn’t hear from heaven, you wondered if it were worth bothering at all?  Have you ever felt so frustrated about a relationship that the only words that came to mind were curses and you’re not even the cussing kind?  Maybe you even tried to pray about it, but God seems miles away.

Those are tender – even holy – places.  And I don’t want to minimize what might be happening inside, but I want you to try and imagine God’s response to your gut cry.  Sometimes, it’s hard to know the answer.

Part of it may be because you’re not so sure you even believe in God, so you don’t want to venture a guess. Or, maybe you used to believe, but you had too many of those times of spilling out your guts and nothing happened.  Nothing changed.  So now you are not sure about anything anymore.

Or maybe you have been a Christian for a long time, and you have never really had many doubts.  You have had things pretty good and you’ve always sensed God realness and closeness.  Faith has come easy for you – and you wonder why so many people struggle.  You don’t know what to say to give people confidence that God knows and God cares.  Everything you think about sounds cliché and trite.  At the same time, you also long for more.  You want to go deeper, and the things you have done in the past aren’t as meaningful as they used to be.

In this series of blogs, I want to attempt to address the questions of the most skeptical and the most devote.

I believe God is real and he makes himself known in all kinds of ways.  If you know where to look, he is actually relatively easy to find – because he is also looking for you.  He has created what I will call skinny places and there are several of them.  This idea comes from a Celtic premise called ‘thin places’ where heaven and earth seem to come closer together.  It’s when heaven bows down and almost touches the earth. Shauna Niequist captured the essence of it beautifully,

Thin places, to me, are incredibly elusive. Those split seconds in which I freeze and realize, “That’s how this was intended to be.” They are glimpses of shalom in a broken world. Usually these moments take me by surprise, but I wonder what would happen if I lived looking for them, expecting them to be just around the corner.

My guess is that if you thought about it, you would readily identify with what is being described, because you have experienced it too.  You know the moment!  It’s hard to find words that can fully unpack it.  But you have physical sensations that include goosebumps or shivers or a deep sense of awe.  Internally it’s like someone turned on the lights.  Things seem clear and right – and the peace you sense is beyond description.   There is no way to explain what happened except to say, “Something spiritual took place!”

Our problem is that those moments are unpredictable and random.  We can’t make them happen. We can’t snap our fingers.  God is not a genie in a bottle.  He doesn’t work like that.  He is a person, but not like any kind of person we have ever known.  He is totally other.  In the Bible, one of the only adequate names for him is “I am.”  He is who he is.  He is present.  He is active.  He is “I am” and I don’t even like using the reference “he” because he is neither male nor female.  He is Spirit, and for those who are ready to experience him (on his terms) they can know him and even walk with him.

That is the promise!  Jesus said it simply,

Seek and you will find…
Matthew 7:7

So, in these next few blogs, I want to identify three common skinny places – places where God tends to show up – right around the corner:

Finding God in the Bible

Welcome to the Struggle Bus

From The Skinny Places Blog Series 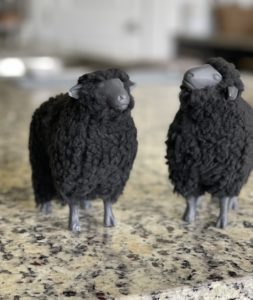 Have you ever had this experience?  You around a campfire with your close friends, or at dinner with colleagues from work, and somewhere in the 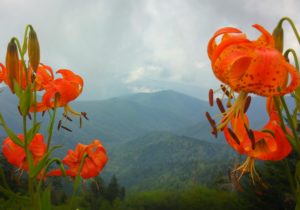 Hugh Ross is an astrophysicist and a Christian apologist.  He makes the point that there are two great books that legitimize Christian belief – the 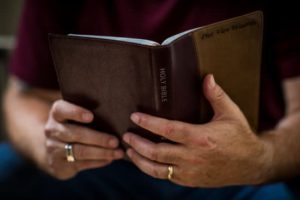 I realize that referring to the Bible as a place to find God, probably brings an immediate, and perhaps vicarial, set of reactions.  On one