Single and invariably alone. Is that how it really is? I guess it partly depends on how we look at it.

I am in my mid-60’s, I have been married for almost 40 years. A single person might wonder what business I have talking about singlehood. Fair question. Let me answer this way. I have three grown children – one is married the other two are single (one is about to be married).  Those who married, married late. Each of them were open with me about their relational journies. I have also been in pastoral ministry for the past 35+ years, and I have served in mostly contemporary congregations with a younger demographic. These congregations included a good number of single adults. And on a personal level, I still have a good number of friends who happen to be single – who have been quite open about their experiences.

Let me begin by saying that I don’t buy the cultural stereotypes of the single life – neither in its pontificated excesses or it’s perceived shortcomings. Not every single person is single and alone, many single people are totally “OK” with their status as singles and love the freedom it gives them to explore life and discover who/what they want to be. In many (if not most cases), they enjoy hanging out with their friends and find real fulfilment in their work both professionally and as volunteers within their communities. As Mandy Hale stated in Cosmopolitan Magazine,

Single is no longer a lack of options – but a choice. A choice to refuse to let your life be defined by your relationship status but to live every day Happily and let your Ever After work itself out.

Paul makes a similar point in I Corinthians 7:32-35. This passage talks about the benefits of singleness – which credits the single adult with certain advantages over the married person. Specifically, Paul talks about the opportunity to be more engaged in service – without the burden or distraction of married life. Singleness provides real freedom and opportunity.

But what if it’s not so great?

That is not meant to suggest that there aren’t seasons of loneliness and discouragement. In fact, given cultural expectations, it’s easy for single adults to allow their status as “singles” to negatively define them. They can struggle seeing themselves as a whole person outside the context of a relationship. In this case, there is helpful admonition in II Peter 1:10

Therefore, my brothers and sisters, make every effort to confirm your calling and election.  For if you do these things, you will never stumble…

This passage prioritizes the pursuit of personal wholeness. It’s been said many times, but it’s a truth important enough to rehearse. “If I’m not whole within myself, I’ll never be ready for a relationship with someone else.” The reason being that the incomplete person will always ask (demand?) another person to do and be for them what only God can provide. Therefore, if you are single – and feeling a bit alone and isolated – this is the first thing that must get sorted: personal security.  Find your identity and fulfilment in Christ first. I don’t mean this in a religious sense – it’s not about trying harder to be holy, rather it is about knowing you are deeply loved by God. Confidence and calling are linked. Knowing who you are and whose you are will hold you steady whether or not you have a meaningful intimate relationship.

Second, let the developing internal confidence find external expression. Stay productively active. This is one of the main points being made by Paul in the passage referenced earlier from I Corinthians 7. Singleness provides margin to serve. Your singleness can be a gift God has given you (even if it is but for a season), where you can be available to do more active service than your counterparts who are encumbered by family responsibilities. As a single person you have this once-in-a-life opportunity to be productively active in exploring gifts, meeting needs, and discovering your God-given calling. So, if this is that season for you – take full advantage!

How ought we to treat our single friends?

Let’s start with the most basic practice – don’t judge. Most of us are familiar with the Biblical prohibition against premature judgment (Matthew 7:1). But, ironically, often married folks don’t see what they are doing as judgment. In a conversation between a married person and a single person, it can all start fine. But invariably the conversation will turn to the topic of relational status. And when the single person says “nothing at the moment” the, “Ohhhh, I am sorry…” expression flashes across the married person’s face. A judgement is being made based on the single person’s relational status. There must be something wrong with them! It’s not fair. Later in the letter of I Corinthians, Paul draws an analogy between a human body and how Christians are meant to relate to each other. He states that the body has various parts – and every part has an important function: Now you are the body of Christ, and each one of you is a part of it…  Singles and marrieds all have their place, no one is less than!

In a related practice – don’t push. Incessant prodding and questions from family members and friends about a single person’s relational life is disheartened and discouraging. The teasing and hinting are a subtle (and sometimes not so subtle) suggestions that this person is not enough on their own. When we ask, “Soooo, are you seeing anybody?” (wink, wink), we are actually  circumventing the process of our single friends finding their identity and security in Christ. We are unwittingly reinforcing the idea that they aren’t complete until they have found somebody. This is more than just a little bit frustrating!

Now, for a couple of positive things we can do:

Take time to appreciate their contribution. Many Christian single adults have rejected the cultural notion that fulfillment is found in illicit sexual connections and partying. They have chosen instead to gain clarity on their calling and find meaning and purpose through service. This cuts against the cultural grain. They have chosen a more difficult path. They are usually seen as the odd ones out by their peers. This can add to their sense of alienation. Hearing affirmation and appreciation from those who understand this challenge gives single adults a reason to stay at it. They also feel a little less crazy.

Include them in the invite. In order to protect and affirm the sanctity of marriage, Christians can become prejudiced against single people. Not on purpose. More by accident and oversight. Therefore, a timely invitation to an event, a dinner, or a group is not only good for the single adult (it helps them feel included and wanted). It’s also good for the couples, because they are reminded of needs and interests of a broader (and ever-increasing) cross-section of our population.

Last year, for the first time, the number of unmarried American adults outnumbered those who were married.  One in 7 lives alone – about 31 million compared with 4 million in 1950.

“Single Nation: Why so many Americans are living alone”

When Christians talk about knowing a better way forward, it can’t just be about theology. It must show up in our inclusivity and empathy. Being hospitable, valuing people and being kind – no matter their story (or relational status) – is what Jesus said would serve as the hallmark of all Christian community (John 13:35). 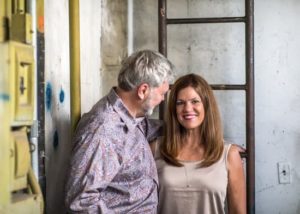 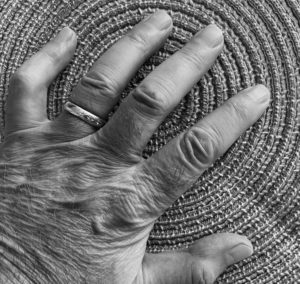 Walter Matthau and Jack Lemmon teamed up for a series of movies spanning three decades.  They were a great comedy team – a bit profane, 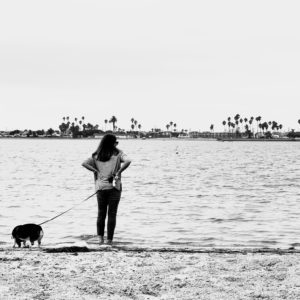 Jim Collins, a highly regarded business consultant, is quick to point out that he’s not an expert on leadership or organizational success. Rather, he is 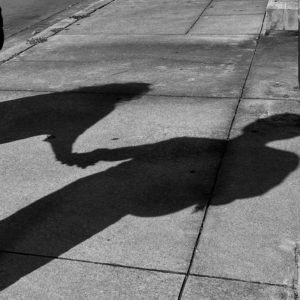